A work of social, moral, religious and scientific satire, including articles by and about people who are changing the meaning of freedom all over the world. The fifth and final volume of Dr. Leary's 'Future History Series. ' Lots of fun pictures and ideas for your brain. Timothy Leary, Ph.D. was a respected Harvard psychology professor who became a guru for hundreds of thousands of people, espousing the use of the powerful hallucinogen LSD and other mind-altering drugs as a means of brain change. After he was forced out of academia, Leary became associated with many of the great names of the time including Aldous Huxley, Allen Ginsberg, William Burroughs and Charles Mingus. In the mid-1960s his fame grew to international proportions. He was targeted as the most dangerous man in the world by the U.S. government and given a 10-year sentence for possession of two marijuana cigarettes. After he was released from prison, he continued to advocate brain-change through various means including computer software. He acted in a number of movies, and was well-regarded as a stand-up comedian/philosopher. He died of cancer in 1996.

Leary on Drugs: New Writing from the Archives! Advice, Humor and Wisdom from the Godfather of Psychedelia

Turn On Tune In Drop Out

By: Robert Earthworm and Melvin Beattie 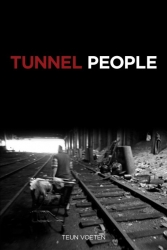 Start Your Own Religion