This comprehensive and beautifully illustrated handbook was written by Ellsworth Jaeger in 1945. Jaeger was a faculty member of the Buffalo Museum of Science and an authority on American Indian lore and camping. Wildwood Wisdom is dedicated not just to the spirit of our ancestral buckskin men, but also to the native Americans who willingly taught the white newcomers the basic necessities of life and survival in this new land. Jaeger spent many summers in the outdoors and led woodcraft groups throughout the country. His book is addressed mainly to campers, with information on clothes and gear, making fires, and a wonderful section on shelters made with handgathered materials. But it can also be read for historical accuracy, a well-researched account of life in America in the 1800s, when survival depended not only on coping with daily perils, but also on one s ability to use wits as well as hands for survival. There s much more on providing life s basics: food, shelter and clothing. How to skin a bear, blaze a trail, cook flapJacks on a flat rock. Plants that are edible, plants that are poisonous, and plants that are medicinal. How to portage a canoe, pack a mule or build a bed in the woods out of willows...wisdom needed for survival in the woods when they were wild. Jaeger wrote this book during the latter part of World War II, when...fear, dishonor, horror, treachery and death filled people s minds. At such a time, he felt, knowing something about this great American folklore was increasingly important to people of this land. At such a time...the serenity and peace of the wilderness were never more dear to the hearts of men. Now, 60 years later, one might say that Jaeger s premise is even more relevant. In these times of great international turmoil, when the earth s very life-sustaining atmosphere is threatened by a multitude of human-generated forces, this tribute to the wisdom of a much less energy-intensive way of life could provide example as well as inspiration

Title: Wildwood Wisdom: How to Build a lean-to, find wild food, follow a trail, use an axe, hitch a mule, survive outdoors and much more! 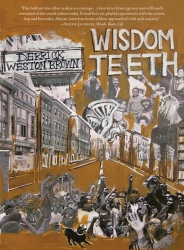 Axes & Chainsaws: Use and Maintenance / A Storey Country Wisdom Bulletin A-13