Let's be realists, let's dream the impossible. Che Guevara's words summarize the radical vision of the four famous rebels presented in this book: Marx and Engels' Communist Manifesto, Rosa Luxemburg's Reform or Revolution and Che Guevara's Socialism and Humanity. Far from being lifeless historical documents, these manifestos for revolution will resonate with a new generation also seeking a better world. The world described by Marx and Engels...is recognizably the world we live in 150 years later. -Eric Hobsbawm Rosa Luxemburg was a brilliant, brave and independent woman, passionately internationalist and antiwar, a believer in the people's 'spontaneity' in the cause of freedom; a woman who saw herself as Marx's philosophical heir. -Adrienne Rich

Title: Manifesto: Three Classic Essays on How to Change the World

Sex, Race and Class: The Perspective of Winning: A Selection of Writings 1952-2011 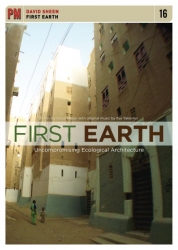