No other radical historian has reached so many hearts and minds as Howard Zinn. His A People's History of the United States has gone into more than 25 printings and sold over 400, 000 copies. It is rare that a historian of the Left has managed to retain as much credibility while refusing to let his academic mantle change his beautiful writing style from being anything but direct, forthright, and accessible. Whether his subject is war, race, politics, economic justice, or history itself, each of his works serves as a reminder that to embrace one's subjectivity can mean embracing one's humanity, that heart and mind can speak with one voice. The Zinn Reader represents the first time Zinn has attempted to present the depth, and breadth, of his concerns in one volume. The result is a monumental book, one that will remain, alongside A People's History of the United States, as an essential and necessary Zinn text. The organizational structure of the book reveals the six areas of deep interest in Zinn's work over the last three and a half decades: Race, Class, War, Law, History, and Means and Ends. In each part, Zinn has chosen what he considers to be his best writings on the topic, whether from previously uncollected magazine or newspaper pieces, or from his other books. Zinn has written a new introduction for each essay or article placing it in its historical context. Here, in Zinn's inimitable prose: o the hard fact of racism, in the South and in the North, at the start of the civil rights movement; o Zinn on LaGuardia, the Ludlow Massacre, and Growing Up Class-Conscious; o questioning the very idea of a just war; o LBJ, the CIA, Nixon, and the bombing of Hiroshima; o civil disobedience and the role of punishment in our society; o on Upton Sinclair, Sacco and Vanzetti, and Where to Look for a Communist; o why historians don't have to be objective and how the power of the academy is wasted; o on anarchism, violence, and human nature, and The Spi

Title: The Zinn Reader: Writings on Disobedience and Democracy 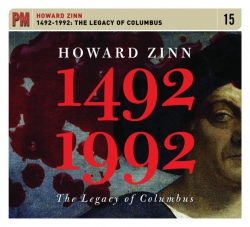 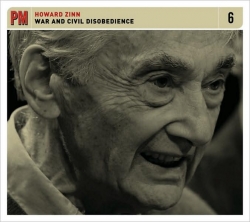 The Mayan Factor: Path Beyond Technology

By: Arguelles, Jose, and Arg]elles, Josi, and Swimme, Brian (Foreword by)