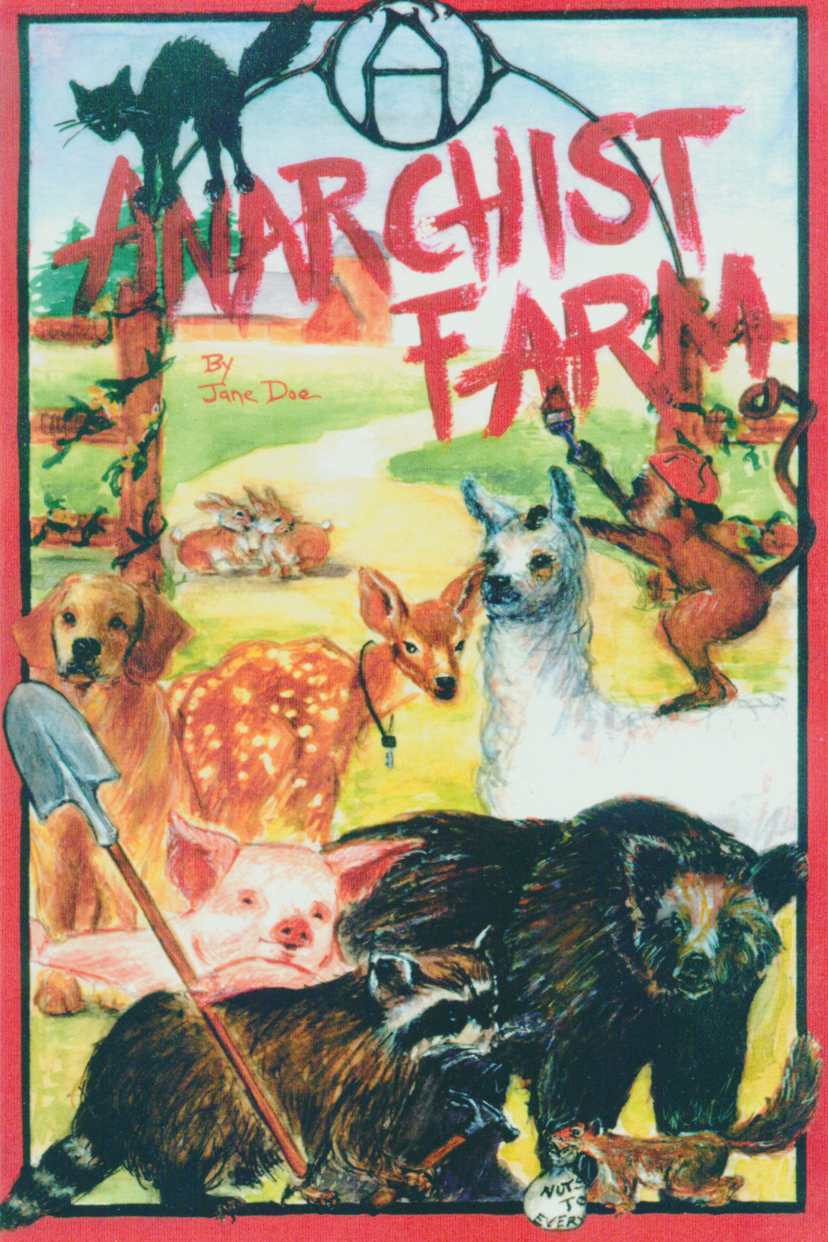 Next time you're dusting off the bookshelf or cleaning out your backpack, be sure to make room next to your tattered ol' copy of Orwell's Animal Farm for its modern day sister sequel: Anarchist Farm by Jane Doe. You see, while the rest of us have been ballyhooing in our beers about diversity, or lack thereof, within the movement, Jane Doe has been busy taking the offensive. She pulled a character or two from each of a dozen or so cauldrons and threw them together into one fabulously woven tale. Anarchist Farm illustrates diversity in action. It's a raucous tale of revolution and liberation, replete with caricatures of Earth First! Food Not Bombs, hippies, crispies and even a lesbian pig. The book does not strive for complex philosophical debate. Instead, Anarchist Farm is endearingly simplistic and surprisingly inspiring. What could be more charming than a bunch of wild animals monkeywrenching logging equipment, domestic critters overthrowing their farm, and an eventual coalition between the two to subvert the corporate beast? It's goofy, it's funny and it's damn smart. Much of the symbolism is true and timely and a little too obvious for us to ignore. The obstacle that looms between the animals and the Great Stampede is humbly summed up in the immortal words of Hans, the gun-totin' German shepherd: The corporation wants us to hate each other and fight each other. That keeps us too busy to fight them. Amid the silliness, Jane Doe never undermines the very serious and difficult choices we -- as a real life movement of people -- must make when reconciling our principles with out goals. Because of this, Anarchist Farm does a great service to those of us grasping for a contemporary context for non-violence. Okay, it, might not be destined to be a classic, but it is good and it beats the hell out of reading another scholastic observation of the proverbial us from someone safely on the outside. This is an insider's witty perspective. Anarchist Farm is a worthy tribute to the chaos and charisma of our movement. It encourages us, if, not to recognize our revolutionary potential, to laugh at ourselves along the way.

Margaret treats her animals well, but is old. When she dies, they run the farm themselves.

Meanwhile the Forest Protectors, a group of wild animals, are battling the Corporation. But it isn't just the forest that is in danger. The Corporation declares Circle-H in default and plan to auction its animals off. How can the animals at the Circle-H, now renamed the Circle-A, save themselves and their farms from the Corporation?

It's a chaotic world; nothing goes according to plan. But sometimes, that's not such a bad thing.

Foodfight: The Citizen's Guide to a Food and Farm Bill

By: Imhoff, Daniel, and Pollan, Michael (Foreword by), and Kirschenmann, Fred (Introduction by) 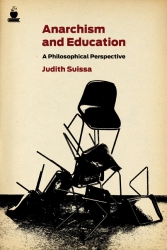 By: Gaskin, Ina May 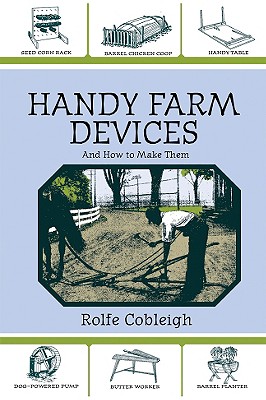 Handy Farm Devices: And How to Make Them 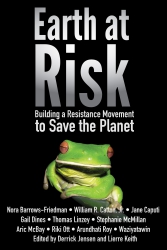