In the years since September 11, 2001, David Price has been at the forefront of public debates over the ethical and political issues raised by using anthropology for America's terror wars. Weaponizing Anthropology details the rapid militarization of anthropology and incursions by the CIA and other intelligence agencies onto American university campuses. Price combines his expert knowledge of the history of anthropologists' collaborations with military and intelligence agencies with an activist stance opposing current efforts to weaponize anthropology in global counterinsurgency campaigns. With the rapid growth of American military operations relying on cultural knowledge as a strategic tool for conquest and control, disciplinary loyalties aligning anthropologists with the peoples they study are strained in new ways as military sponsors seek to transform research subjects into targets and collaborators. Weaponizing Anthropology political and ethical critiques of a new generation of counterinsurgency programs like Human Terrain Systems, and a broad range of new academic funding programs like the Minerva Consortium, the Pat Roberts Intelligence Scholars Program, and the Intelligence Community Centers of Academic Excellence, that now bring the CIA and Pentagon onto university campuses. Weaponizing Anthropology a concise and profound critique of the rapid transformation of American social science into an appendage of the National Security State.

The ongoing battle for hearts and minds in Iraq and Afghanistan is a military strategy inspired originally by efforts at domestic social control and counterinsurgency in the United States. Weaponizing Anthropology documents how anthropological knowledge and ethnographic methods are harnessed by military and intelligence agencies in post-9/11 America to placate hostile foreign populations. David H. Price outlines the ethical implications of appropriating this traditional academic discourse for use by embedded, militarized research teams.

Price's inquiry into past relationships between anthropologists and the CIA, FBI, and Pentagon provides the historical base for this expose of the current abuses of anthropology by military and intelligence agencies. Weaponizing Anthropology explores the ways that recent shifts in funding sources for university students threaten academic freedom, as new secretive CIA-linked fellowship programs rapidly infiltrate American university campuses. Price examines the specific uses of anthropological knowledge in military doctrine that have appeared in a new generation of counterinsurgency manuals and paramilitary social science units like the Human Terrain Teams.

Electronic Surveillance and Wireless Network Hacking: Protecting Your Privacy in a Wired and Wi-Fi World 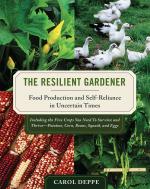 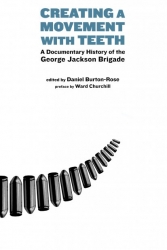