In 1981 and 1982 several bombings (against a hydro-electric substation, a nuclear missile parts manufacturer, and three pornographic video stores) were carried out in Canada under the banner of Direct Action and the Wimmin's Fire Brigade. When five members of the Vancouver anarchist scene were arrested for these attacks they became known as the Vancouver 5. This is an account of the politics and practice, successes and errors, and the legacy of the Five and their supporters. 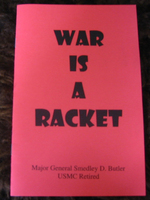