In 2004, Lloyd Kahn discovered a group of unique carpenters along the Pacific Coast of North America. Over a two-year period, he made four trips north from his home in the San Francisco Bay Area, up the coast, shooting the photos that appear in this book. To preserve homeowners privacy, specific locations are not given, but suffice to say this book focuses on the Pacific Coast north from San Francisco up to and around Vancouver Island, British Columbia, latitudes 37 to 49 degrees. There s been a vortex of creative carpentry energy in this part of the world over the last 30 years. Many of the builders shown here got started in the countercultural era of the 60s and 70s, and their work has never been shown in books or magazine articles. As in the author s previous books Shelter and Home Work, there are three featured builders: Lloyd House, master craftsman and designer who has created a series of unique homes on a small island; Bruno Atkey, builder of a number of houses and lodges built of hand-split cedar on The Wild Coast (the Pacific Ocean side of Vancouver Island), and SunRay Kelley, barefoot builder tuned into Nature, who has designed and built wildly imaginative structures in Washington, California, and other parts of the country. In addition, there are working homesteads, sculptural buildings of driftwood, homes that are beautiful as well as practical, live-aboard boats, gypsy-type caravans, and examples of stunning architectural design. The two predominant features of the landscape here are water and wood. Most of these buildings are on or close to the sea. Islands are reached by ferries; it s a marine environment. And, there s an abundance of wood. Trees grow fast and tall in rainy Northwest forests; many of these buildings were constructed entirely from logs off the beach or trees from adjacent land. You re invited to come along on these trips up and down the coast: going down these roads, riding the ferries, camping on the beaches, meeting these builders, a

Title: Builders of the Pacific Coast

Bug Out: The Complete Plan for Escaping a Catastrophic Disaster Before It's Too Late

By: Williams, Scott B.

By: Trappe, Matt & Others

The Philosopher's Stone: Alchemy and the Secret Research for Exotic Matter

Seed to Seed: Seed Saving Techniques for the Vegetable Gardener

Queer Beats: How the Beats Turned America On to Sex 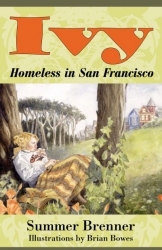